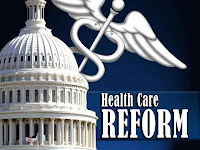 On June 28, in a 5-4 vote, the United States Supreme Court released its much-anticipated ruling on the Affordable Care Act by deciding to uphold most of the health care law. Chief Justice John Roberts authored an opinion, which upheld the constitutionality of the individual mandate because it is a tax, although some limitations were placed on the expansion of Medicaid.
In 2010, this landmark legislation was created to reform our health care system to lower costs and expand access to insurance coverage.  People affected by bleeding disorders and a wide variety of other health issues have already benefited from the law’s provisions including the elimination of insurers denying coverage to children with pre-existing conditions, a rule preventing insurers from cancelling coverage when people get sick, the elimination of lifetime caps on coverage, and allowing young adults to stay on their parents coverage until age 26.

The bleeding disorders community played a prominent role in helping to make this legislation a reality so the Supreme Court decision is a vindication of our efforts. NYCHC will continue to provide the community with information and updates on issues related to healthcare reform.