Meet Our Newest Board Member! 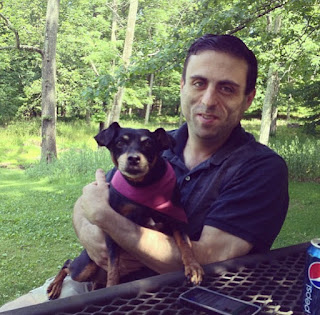 Matt Porges is a lawyer with a focus on employment discrimination.  Matt also handles other legal matters, including landlord-tenant cases and foreclosure defense.

Matt has severe hemophilia A, which was diagnosed at birth.  Matt attended hemophilia gatherings, including camps such as The Hole in the Wall Gang Camp as a child and teenager.  As an adult, Matt has been involved with the hemophilia community to give back to kids and new hemophilia families.

Matt received a Bachelor’s of Arts at Brandeis University in 2000, a Juris Doctor from New England School of Law in 2004, and admission to the New York State Bar in 2005.

He lives in Brooklyn with his miniature pinscher (and top fundraiser) Rose.  Matt is the captain of Team Good Blood, one of the top fundraising teams for the New York City Hemophilia Walk.