1.  Tell us how you first got involved with the bleeding disorders community. 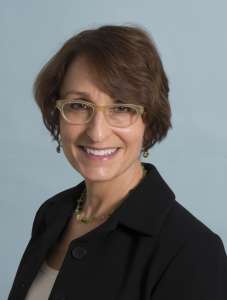 rth to twins in 1994. We didn’t know it at the time, but it turns out that I’m a carrier and one of the boys, Sam, has severe factor VIII deficiency. Unfortunately, Sam was first born and was a vacuum extraction, so he started out life with a head bleed. Some introduction to the bleeding disorders world! He’s fine now, a senior in college and, he tells me, consistent with his prophylaxis. His brother, Max, doesn’t have hemophilia. We lived in Rhode Island back then, and when the boys were 7 we went to the New England chapter’s family camp. Soon I was on the chapter’s board and going to NHF’s Washington Days every year, and eventually I joined the NHF board.

2. What inspired your desire to be a member of the NYCHC Board?

I had rotated off the NHF board and was missing being active in the community. I love our peeps! I moved back to NYC (I grew up here) in 2014 and when Jeremy asked me to consider doing something with the chapter I jumped at the chance to get to know the local community and help the chapter continue to grow and serve it.

3. What is one thing about bleeding disorders you wish more people knew?

One thing? That’s hard. . . I guess, given my experience with being an undiagnosed carrier, I would say that women can bleed. So many of my women friends in the community have even greater horror stories of what they’ve been through because, “women don’t get bleeding disorders.”

4. In 5 words or less, how would someone describe you?

5. What is a typical work-day like for you and what do you do to unwind/practice self-care?

I’m a clinical Social worker in a comprehensive program similar to a HTC, but in this case for individuals and families living with ear or throat disorders. Most of the children have hearing loss. The great thing is I don’t have a typical day. I could be helping parents as they grieve a baby’s new diagnosis of profound hearing loss, evaluating a senior for a possible cochlear implant, helping a young adult identify anxiety as a factor in his swallowing issues, or connecting a family to community resources. I have a regular yoga practice that keeps me sane, but sometimes the best way to unwind is with ice cream and a favorite TV show!

6. What might someone be surprised to know about you?

I wish I could sing on key reliably. I love singing, but even my dog isn’t thrilled when I do it.